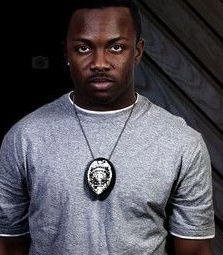 Kidney Trading is illegal in India yet there are countless ads offering large amount of money to entice people in need to sell their kidney. Some are simply Advance Fee Fraud from Nigerian scammers living in India, other ads are from criminals involved in the Kidney Trade including some connected to certain hospitals. Both types are a losing proposition for individuals who want to sell a kidney because either you lose money or your health, there's a good risk of not being paid once the kidney is removed. India police have arrested both Indians and Nigerians.

Kolkata Police
October 7, 2017 ·
Exploiting such scenarios comes naturally to some fraudsters on the lookout of some quick money, as was discovered about a couple of months back by the Fortis Hospital authority who came across an advertisement on internet which used the logo of the institute and read “GENUINE ORGAN DONOR NEEDED URGENTLY FOR AN ATTRACTIVE PRICE OF 1.70 CRORE, CONTACT DR. IAN HOFFMAN OF FORTIS HOSPITAL ON MOBILE +919585147058, EMAIL – fhki@consultant.com
The hospital authority,needless to add,was clueless about the advertisement and lodged a complaint with our Cyber PS.
The phone number shared in the advertisement was not of much help. Nor was the website, which was fake, with the server stationed abroad. The e-mail ID that the advertisement carried provided the basic lead in pursuance of which the investigators, after months of painstaking effort, could track the fraudster in Bangalore. David Uzma Ubah, the accused , is a Nigerian citizen who had duped quite a few, exploiting their immediate need for organ transplantation. Our team headed for Bangalore and arrested David with seizures of his laptop and other electronic devices . He has been brought to Kolkata for further investigation.

Oct 6, 2017
Foreigner arrested for nationwide kidney racket Bangalore M
A 32-year-old suspected to be from Nigeria has been arrested by the Kolkata police from his rented house in Kothanur area on Thursday.
The foreigner is alleged to have been cheating patients looking for kidneys. He is said to have cheated victims to the tune of Rs 3 crore. The accused would create fake hospital websites claiming to be from the management and would advertise it on social media. The Kolkata police have taken the suspect back to West Bengal following a complaint registered there.
The accused has been identified as David Uzma Ubha. He was arrested by the Kolkata police on Tuesday and was produced before a local court on Nrupathunga Road on Wednesday before being taken to Kolkata.
“The details of the accused are not known. There are no complaints against him in the city. He cheated one of the victims to the tune of Rs 20 lakh in Kolkata and a complaint was registered there. He came to the city and was hiding here. We helped the Kolkata police to trace his address in Kothanur,” an officer on part of the investigations said.
As per the details shared by Kolkata police, the accused would target patients looking for kidneys. He would create fake hospital websites and would claim to be from the management. He is also accused of creating records of fake kidney donors and would escape with the money.
The accused is said to have come to India on a business visa and the police suspect that he could have be overstaying here. 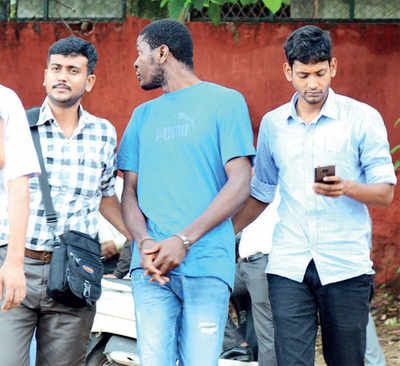 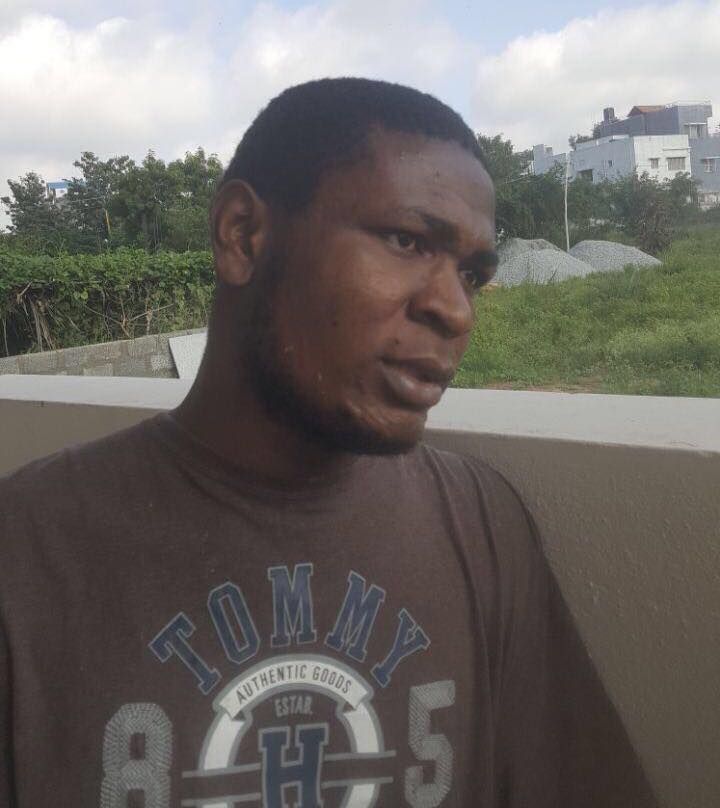 Man arrested over racket which lured people to sell their kidneys in top Indian hospital
Jun 8th 2016
INDIAN POLICE SAY they have arrested the suspected leader of an illegal organ donation racket run out of one of the country’s top hospitals.
T Rajkumar Rao was arrested in the eastern city of Kolkata late yesterday on suspicion of leading a criminal gang that lured poor people to sell their kidneys, which were sold on for huge profits.
The commercial trade of organs is illegal in India and the gang forged documents to pretend the donors were relatives of transplant patients in order to undergo the operations at the Apollo hospital.
“He (Rao) was arrested from Kolkata,” police investigator Nidhin Walson told AFP in New Delhi.
An officer in Kolkata said Rao was wanted in a number of such cases across several South Asian countries.
Police also arrested three donors including a couple who sold their kidneys for a combined 700,000 rupees (€10,000) to pay off a loan they took out to cover the cost of their son’s medical treatment.
Five staff at the Apollo hospital have also been arrested.
Apollo has denied any role in the scam, saying it has been a “victim of a well-orchestrated operation to cheat patients and the hospital”. 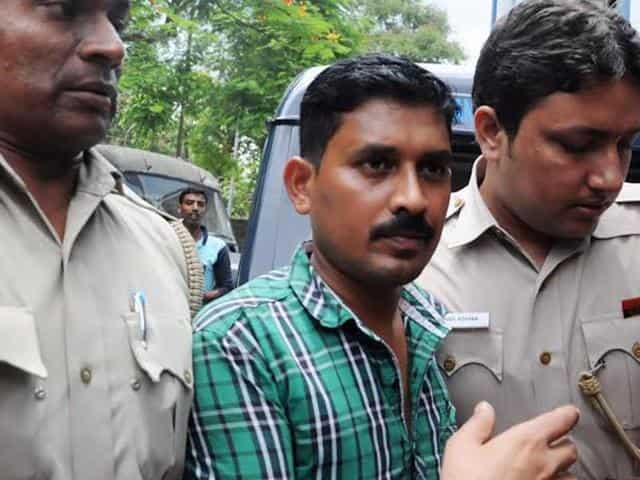 T Rajkumar Rao, the alleged kingpin in the kidney trade racket, who was arrested by Delhi Police from Rajarhat in West Bengal on Tuesday, being produced before a court which granted his transit remand for three days on Wednesday. (PTI)

+919585147058 was used by "David Uzma Ubah"
The scam website in question was and still is sellingkidney.com using Nigerian server WHOGOHOST.COM created two months prior to Ubah's arrest, it's now evident that he wasn't working alone since the following year that domain registration was extended until 2021:
http://www.sellingkidney.com (Kidney Donor Scam)

Cameroonian who cheated many with fake kidney, jersey cow ads arrested
Bengaluru, Feb 16 2020
Tah Bverka Jaff Declan, a resident of Kannur-Bagalur Main Road, was arrested by the CCB following a tip-off. The CCB said he had put up advertisements by creating websites such as hopediaryformsltd.com, sellyourkidney.in and novelontrafinggmbh.online. He also allegedly put up advertisements on other portals.
The CCB said Declan offered a staggering Rs 4 crore to anyone willing to sell a kidney. If anyone contacted to buy or sell a kidney or a jersey cow, he would take money from them and disappear. A case was registered against him at the Bellandur police station. He was also wanted in a different case in Ramanagaram district. Police suspect that he committed similar offences in Tamil Nadu and Kerala. 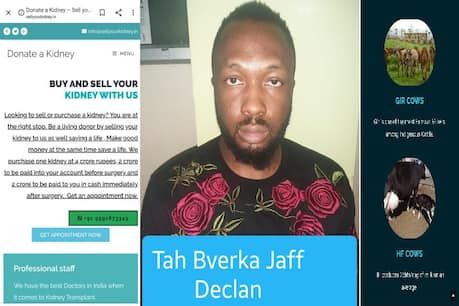 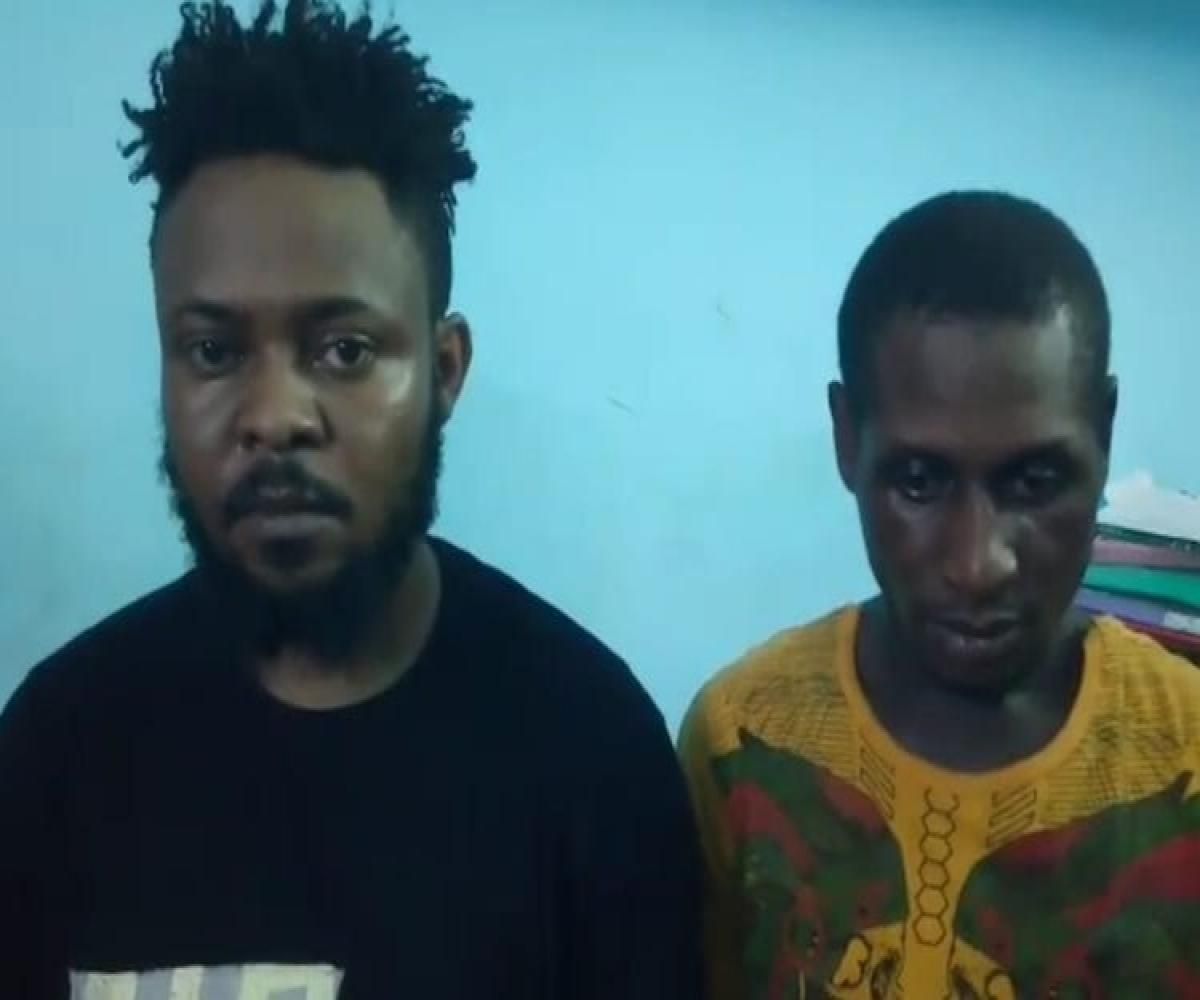