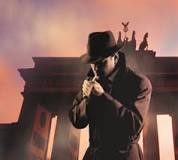 SAN DIEGO, Calif. (KGTV) - An East County woman was devastated to find out the money she spent to buy a new cat likely went to con artists.

“I just felt like I lost my sense of love for humanity,” Suzi Moon told Team 10.

Moon’s Maine Coon cat, Teka, recently passed away. She was 15-years-old and a longtime member of her family.

“He was the best cat ever,” Moon said. When he died, she was heartbroken.

“I was in an emotional mode,” Moon said. “I wanted to get another one because I just was so used to that cat.”

Moon searched online and found a website that advertised pure Maine Coone cats. She emailed the website and got a response. “They emailed me back and this cat that I saw on the website was a gray cat. Beautiful,” she said.

She also spoke to someone on the phone, who sounded legitimate. The man asked her questions, such as whether or not she was having the cat indoors and if she was declawing the cat. Moon eventually scraped up $500 and sent the money through Zelle, something she now regrets.

The day the supposed seller was supposed to ship the cat to her, he asked for more money for a special crate.

After back and forth with the seller and refusing to pay more, Moon said they eventually blocked her number. The $500 she paid was gone. The website, puremainecoons.com, is no longer active. Team 10 found the website on petscams.com, a site that bills itself as a pet watchdog website.

The Better Business Bureau said pets are the top scam when it comes to online purchases. The average loss is $600. Moon wanted to share her mistake with others in hopes nobody else falls victim to this scam.

“I just felt violated. There [are] people out there taking advantage like that. It’s disgusting,” Moon said.

Team 10 called the person Moon said she spoke with about the cat. That man hung up before answering any questions. The BBB suggests do not buy a pet without seeing it in person. The organization also recommends conducting an internet search of the photo. If you see the same picture on different websites, it could be fraud.