https://www.deccanchronicle.com/150707/ ... -hyderabad
Two Africans held for selling drugs in Hyderabad
The accused were trapped by the police after they cheated a trader from Serilingampally promising to sell exotic birds. Cyberabad police said the culprits, Alex Rodrigue Eboko, 27, and Ndim Abake Mathieu, 31, had been living in Hyderabad since two years on an education visa. One of them was overstaying as his visa had expired.
A team under inspector Riyazuddin raided their place. “Two months ago the victim came across an advertisement on Indiamart.com about exotic birds. The dealers promised to sell him Blue and Gold Macaws. He was asked to pay Rs 1.5 lakh for a pair of Macaws.
He deposited an advance of Rs 50,000. However, the dealer started asking for more money. The victim approached us,” said ACP S. Jayaram. During interrogation the duo confessed that they had advertised prohibited drugs. “They offered to sell 32 types of steroids, 16 types of sleeping pills, 28 types of potency drugs, 8 types of botox injections and 12 types of growth hormones,” said inspector Riyazuddin. The police has sent a notice to Indiamart.com for not filtering advertisements. 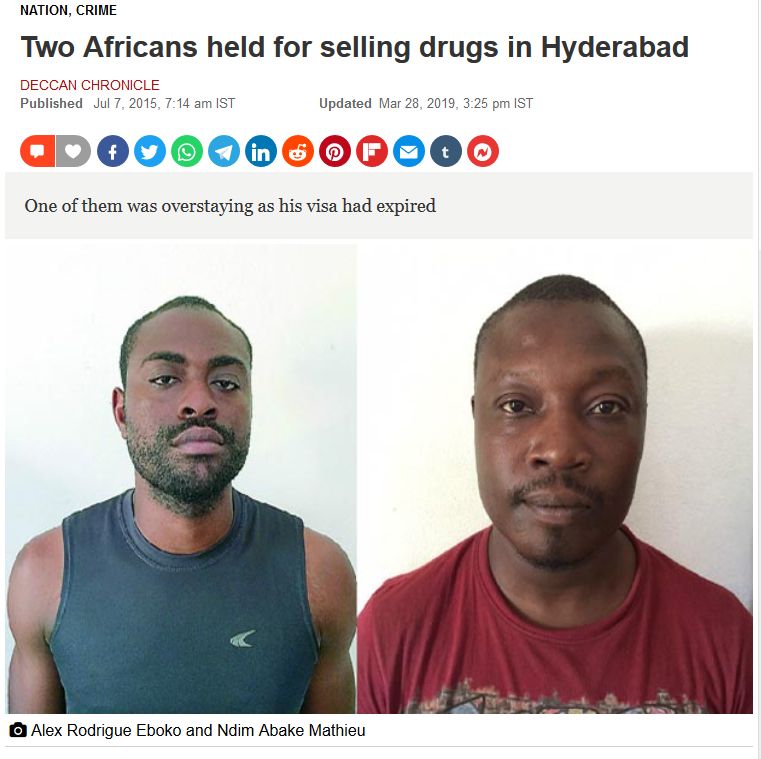